British Columbia is home to 476 native fish species, many that are not found anywhere else in the world.  409 of these or 86% are classified as “marine” species meaning they live in saltwater while the other 14% are freshwater species.

Some of these fish spend parts of their life-cycles in both freshwater and saltwater – like salmon species who reproduce in fresh water but spend most of their lives in the ocean.  We call these species anadromous fish.

Did you know that BC’s waters are home to several species of sharks? 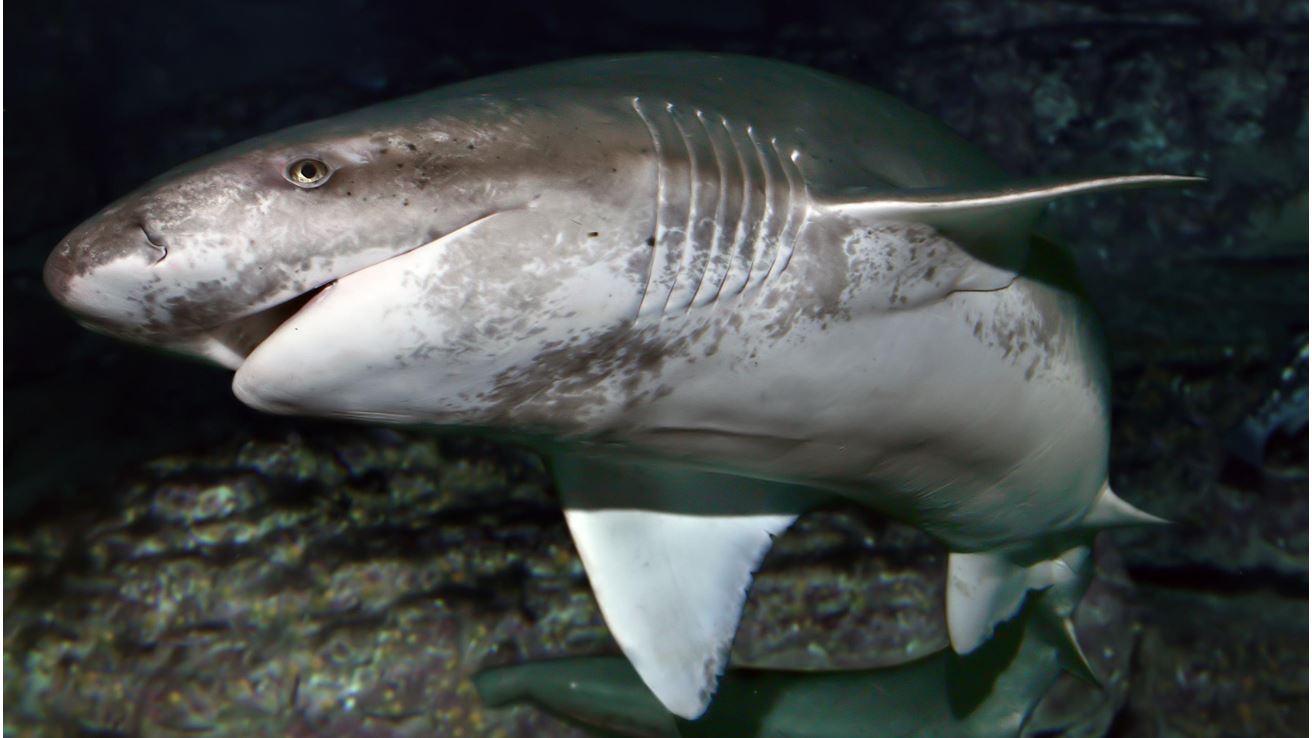 BC is also home for sturgeons that live to be over 100yrs old!

BC provides a wide range of fish habitat for fish to move through including streams, rivers, lakes, floodplains, estuaries, intertidal areas and the open ocean!

BC’s lakes are generally classified as Oligotrophic, Mesotrophic or Eutrophic.

Oligotrophic lakes are deep, cold lakes, with low nutrient levels, rocky or sandy bottoms, and very little plant and algae growth. Fish species such as steelhead, rainbow trout, char and some whitefish like this habitat with its cold water and a high oxygen content.

Salmonids like salmon and trout are highly prized for sport, food and culture. 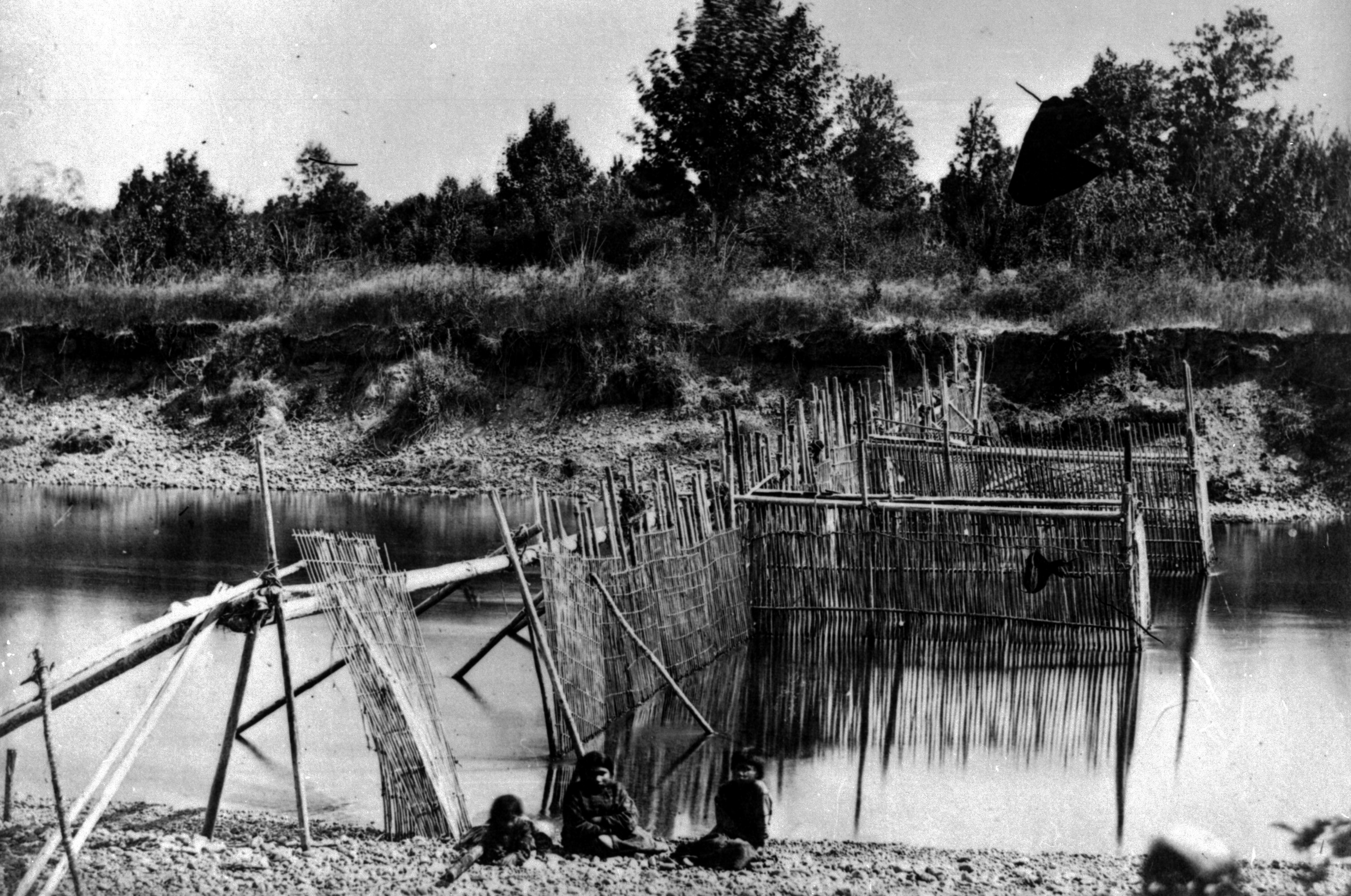 People come to British Columbia from all over the world to angle - meaning to fish with a lure - for salmonids or to view the spawning process. 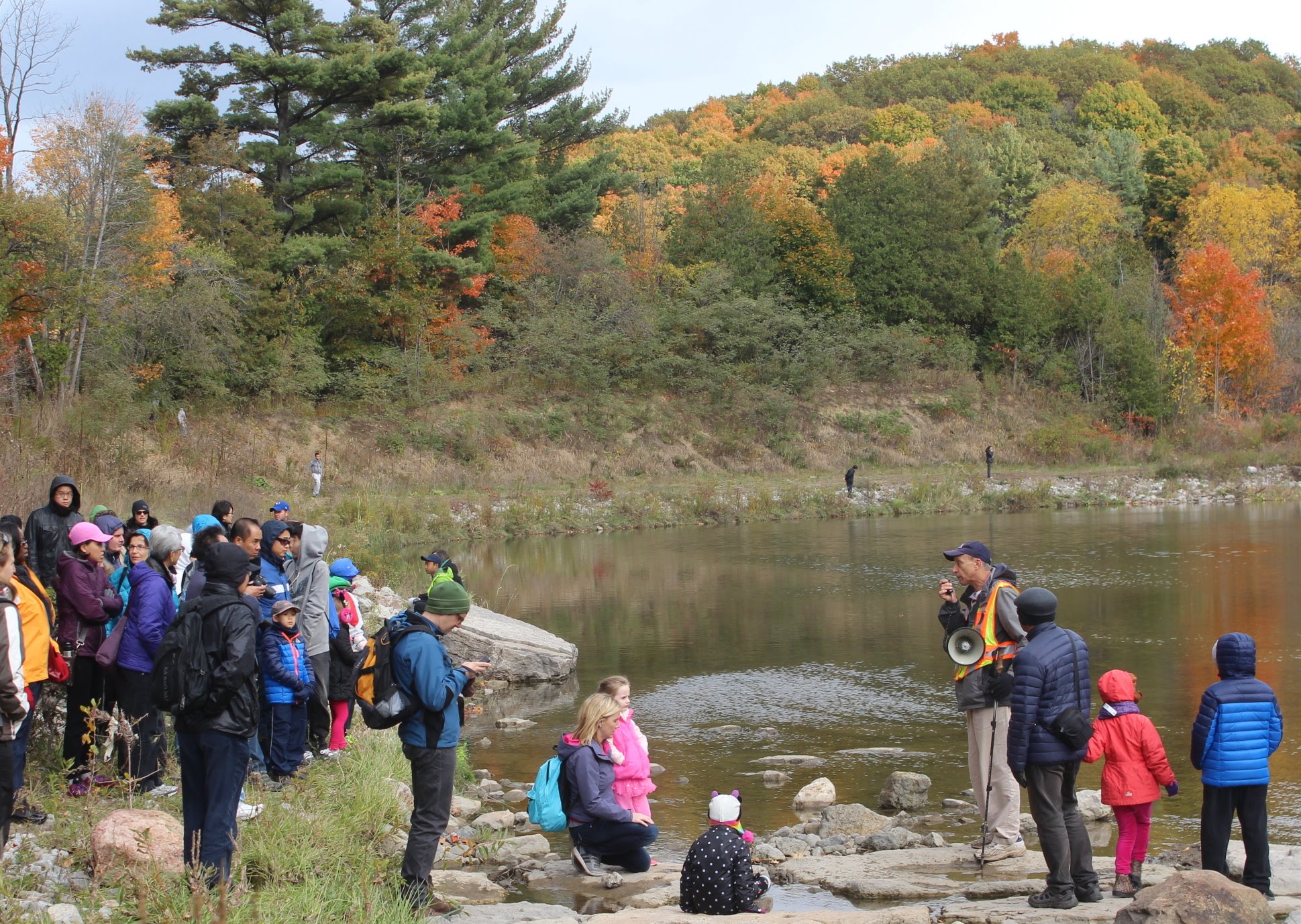 Salmonids are an important part of the B.C. economy, culture and ecology. According to the British Columbia Government’s Fisheries and Aquaculture Sector, 2012 report, BC’s fisheries and aquaculture sector directly contributed $667 million to British Columbia’s GDP in 2011, which represents 0.4% of total GDP.  The industry employed an estimated 13,900 British Columbians in 2011, 60% of these were in the sport fishing industry.

Erosion caused by land use can increase the runoff of sediment into streams and rivers which covers gravel beds harming fish eggs and reduces the availability of food for all fishes.

Runoff from agriculture and human settlement often includes un-naturally high levels of nutrients like nitrogen and phosphorous which promotes the growth of algae.  The process of increasing nutrient concentration is called eutrophication. 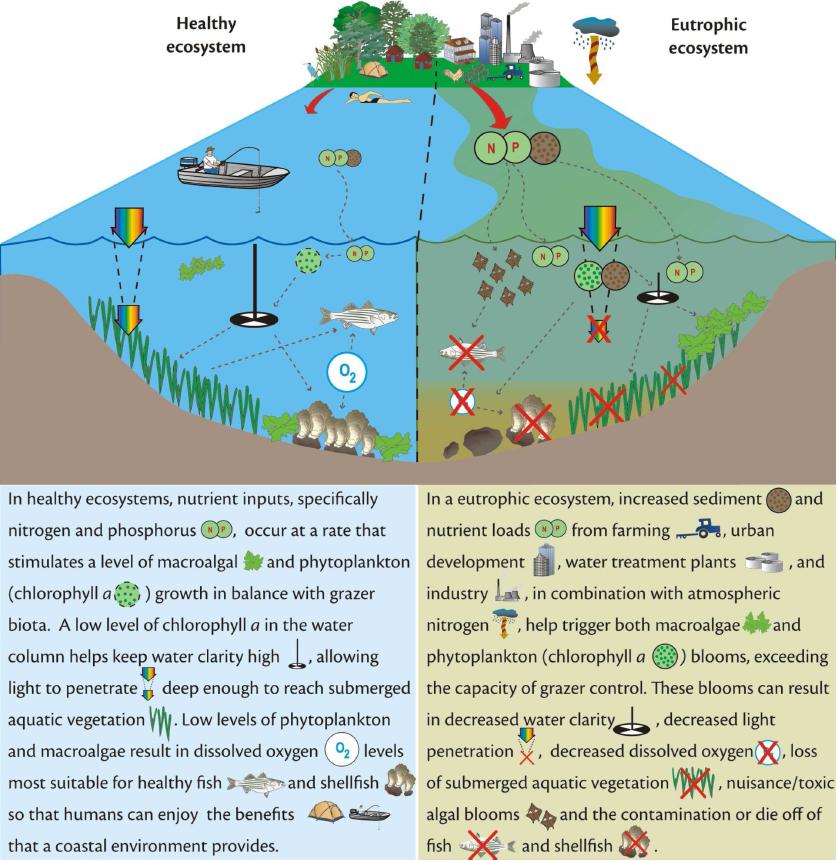 Too many nutrients in rivers and lakes enables lots of plants and algae to grow and then decay. The bacteria that decompose the plants consume oxygen during the decay process, which in the end reduces the dissolved oxygen levels in water and can result in the death of fish and shellfish.

Fish require adequate food, cover from predators, and the ability to reproduce; these requirements don’t always exist in the same place so fish often need to be able to migrate from one type of habitat to another.

Culverts are often installed by people to move water under roads.  In time, these crossings can become barriers for fish movement:

If the downstream side gets scoured out leaving culverts suspended or hung in the air, or if they get plugged with debris. 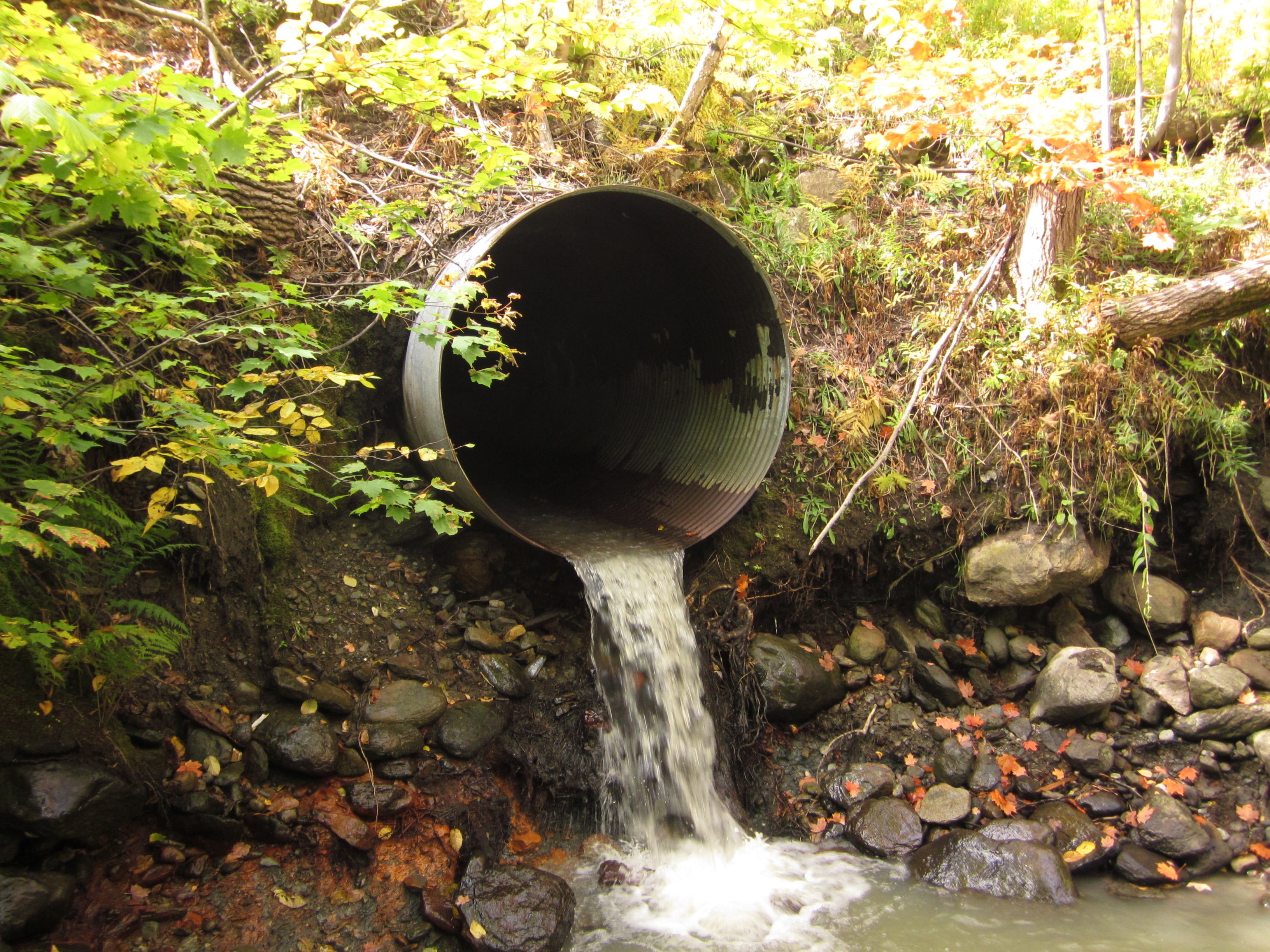 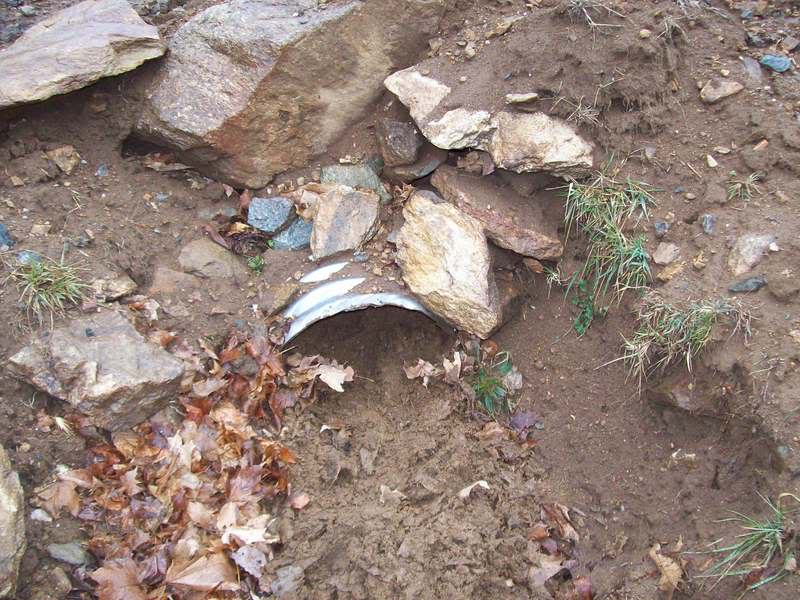 As the human population, road network and number of boats has increased, fishing pressure has also increased.  This has resulted in declines in fish populations across the Province.

The detrimental effects of non-native fishes from competition, predation, and/or disease transfer, are the second most serious threat (after habitat loss and degradation) to the persistence of BC’s native freshwater fishes.

For Close Captioning See Video Below