GDP stands for Gross Domestic Product. GDP is one way we measure our economy and it is defined as the value of all the goods (stuff) and services (stuff we do) that are produced in a region over a certain amount of time. It is common to measure GDP using dollars / year. In BC we measure GDP in Canadian Dollars.

GDP also tells us about the size of the economy. A big GDP means we have a big economy –a small GDP means the economy is small. This helps us compare how much different economies contribute. In 2015, BC’s GDP was 3rd largest among the Provinces and Territories in Canada.

So GDP gives us an idea of how total economic production is changing and we often hear people say that if the economy is growing – that’s good – and if it isn’t – that’s bad. But, GDP only tells us part of the story. If we want to really understand the economy we have to look a lot deeper to find out what is happening.

GDP per capita tells us how much is being produced on average by each person in the region. You can calculate this by dividing GDP by Population. A higher GDP per capita simply means that productivity is higher on average.

Our economy is classified into 2 main groups – goods and services. Goods are things we consume like food and energy and services are things we use like real estate, healthcare, and social assistance. Notice that the production of services is much higher than goods. 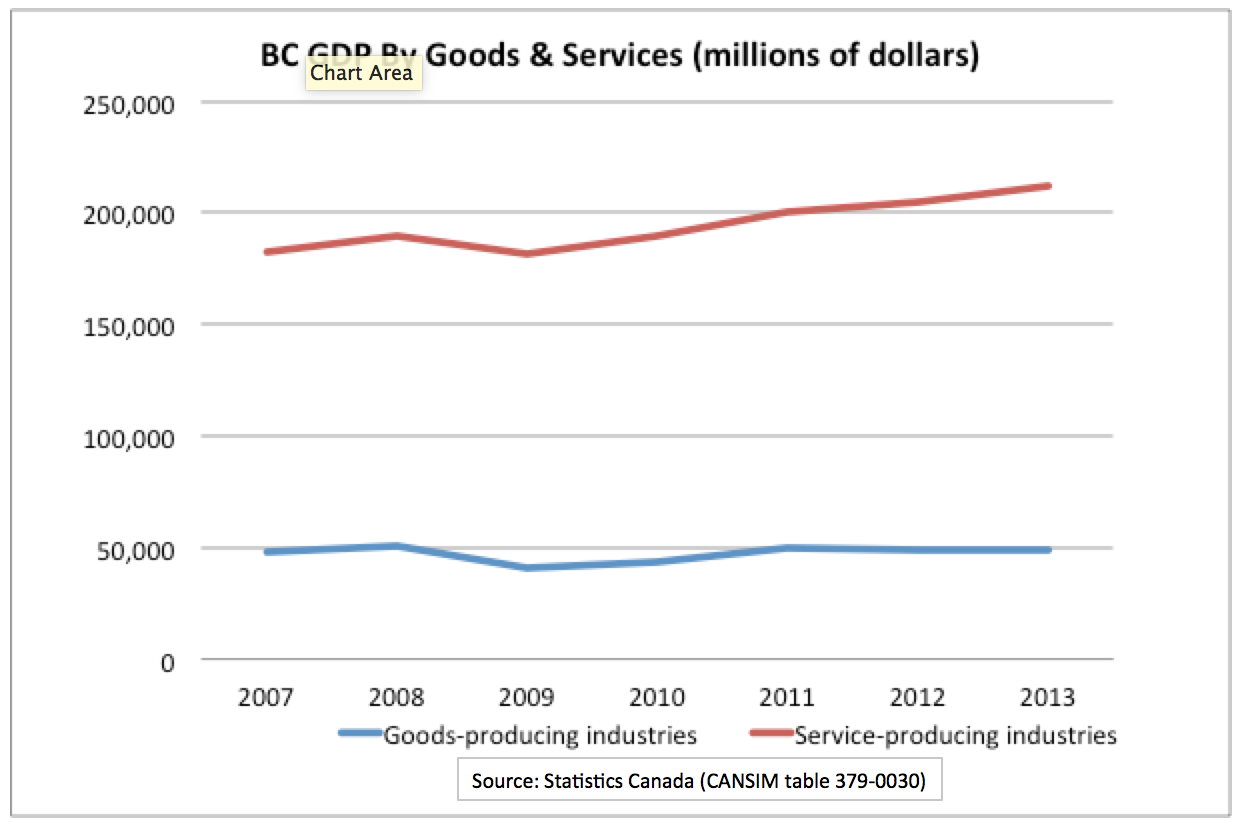 This does not mean that services are more important to the economy than goods. While they do account for a higher percentage of total GDP, this measure does not reflect other important economic well-being factors like wages, access to health care or disposable income. It is also important to remember that the service industry serves the goods producing industries and so it’s size is linked to many other industries. Economies are really complex!!

Here we see the breakdown of GDP for the highest 5 goods producing industries measured in British Columbia’s economic accounts. Notice that construction and manufacturing are the highest. 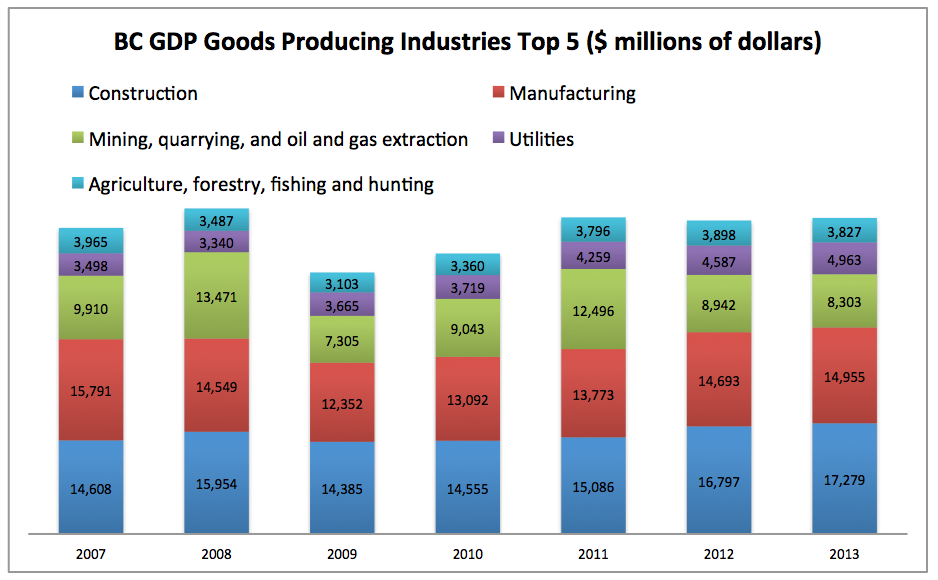 This graph shows the highest 5 services industries measured in British Columbia’s economic accounts. You can see that real estate and health care/social assistance are the highest. Both of these are influenced strongly by growth in BC’s population. 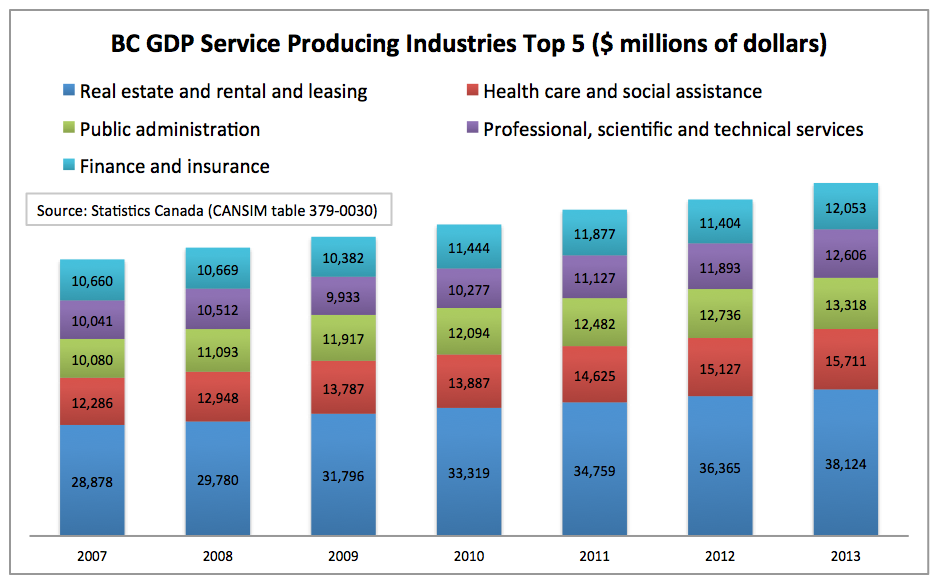 Economies are very complex and economists spend a lot of time measuring and building models to try and understand them. One of the reasons they are so complex is because different industries or sectors are connected and changes in one will also mean changes in others. Industry multipliers are used by economists to estimate the impacts or effects of an increase or decrease in production by one sector or industry on the entire economy. For example, when a person works in the forest industry and earns money they then use that to buy food, pay for their home, buy clothes, maybe go to see a movie or buy insurance for their car. They also pay some of that money to the government as taxes. So there is a ripple effect through the whole economy when just one part of it changes.

Economic measures like GDP are just one measure of our integrated systems of economy, environment and society. How much money our economy creates does not necessarily mean we will be better off or happier. Sociologists are developing other measures like the Quality Of Life Index and the Happiness Index to try and understand this better.

Use BC Tomorrow to see how GDP has changed in the past because of land-use, and how it will continue to change in the future.