Most British Columbians, about 88%3, live in cities. At the time of the last census in 2016, about 60% of BC’s population was living in the Greater Vancouver and Victoria area and these two cities also experienced the highest population growth from 2011 – 2016.

It is estimated that by 2041, BC’s population will reach more than 6 million people. Population growth and the man-made structures that go with it increase demands on the environment - watersheds, ecosystems and natural landscapes - and will continue to do so in the future. 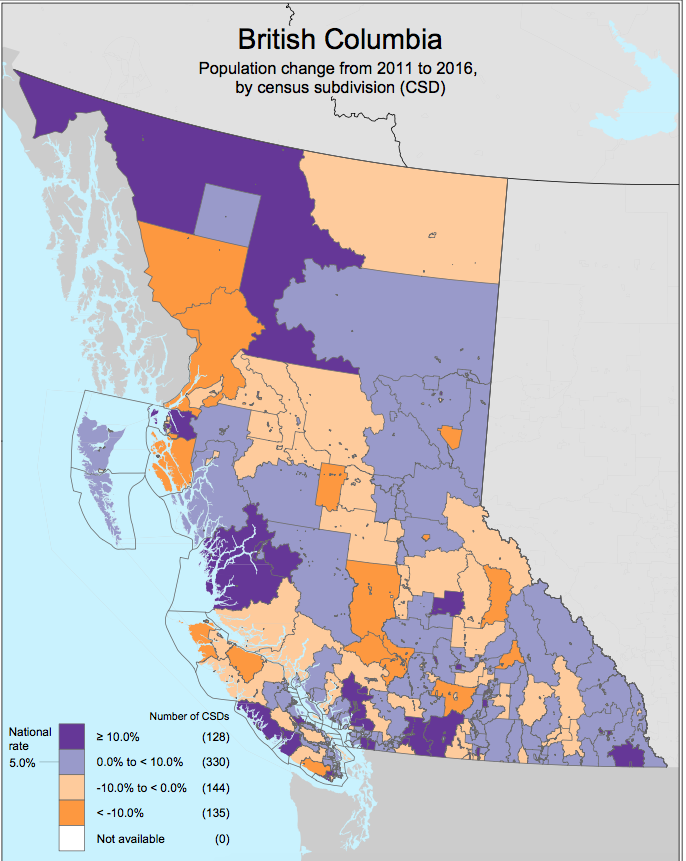 Use BC Tomorrow to see how the population in your region has changed during the past 30 years, how it may change in the next 30 years, and the potential consequences to your watershed.