British Columbia has the highest mammal diversity n in Canada. 137 native species of mammals live here including 30 in the ocean.

Keystone species have an important role in their ecosystem like the keystone in an arch. 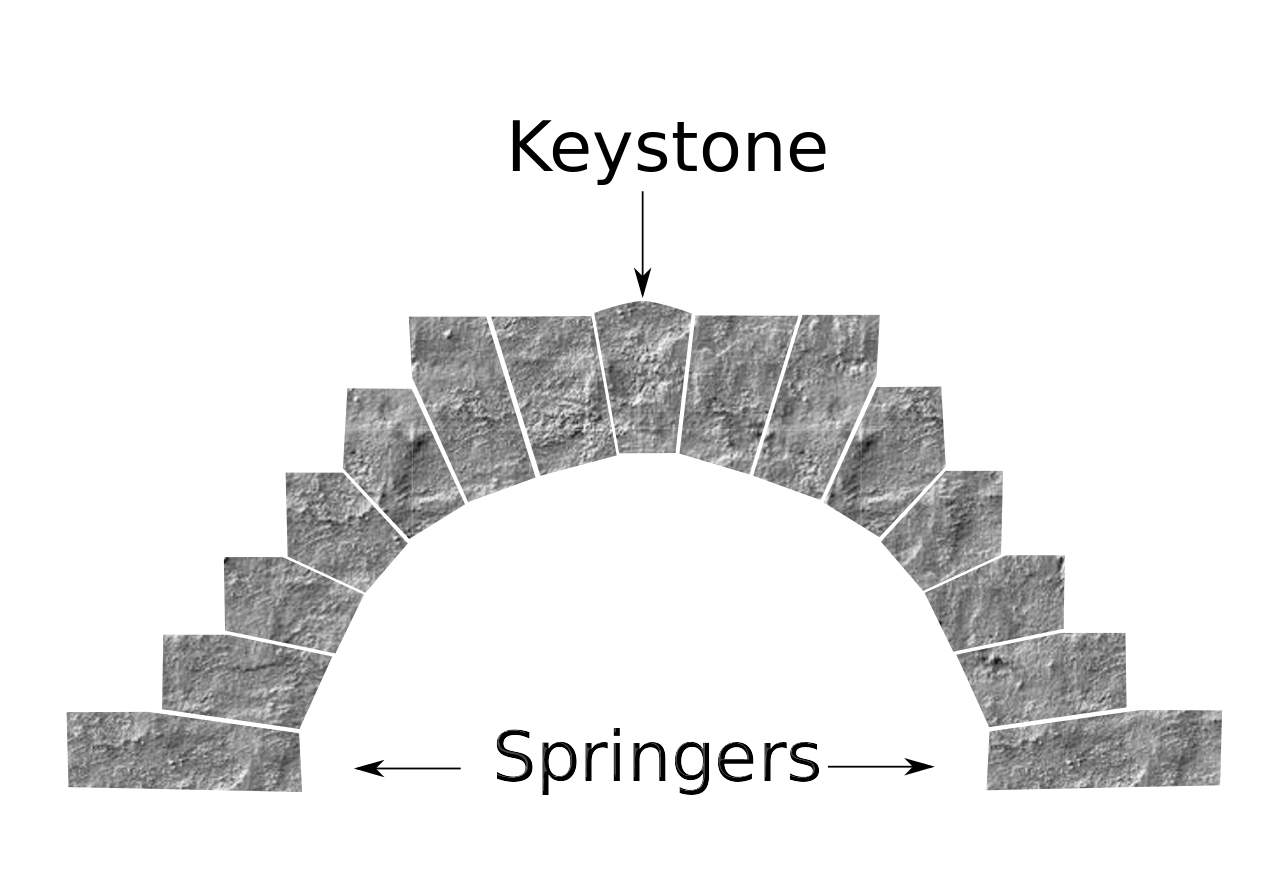 If a keystone species is not doing well, it’s a sign that other parts of the ecosystem are depleted or not healthy. 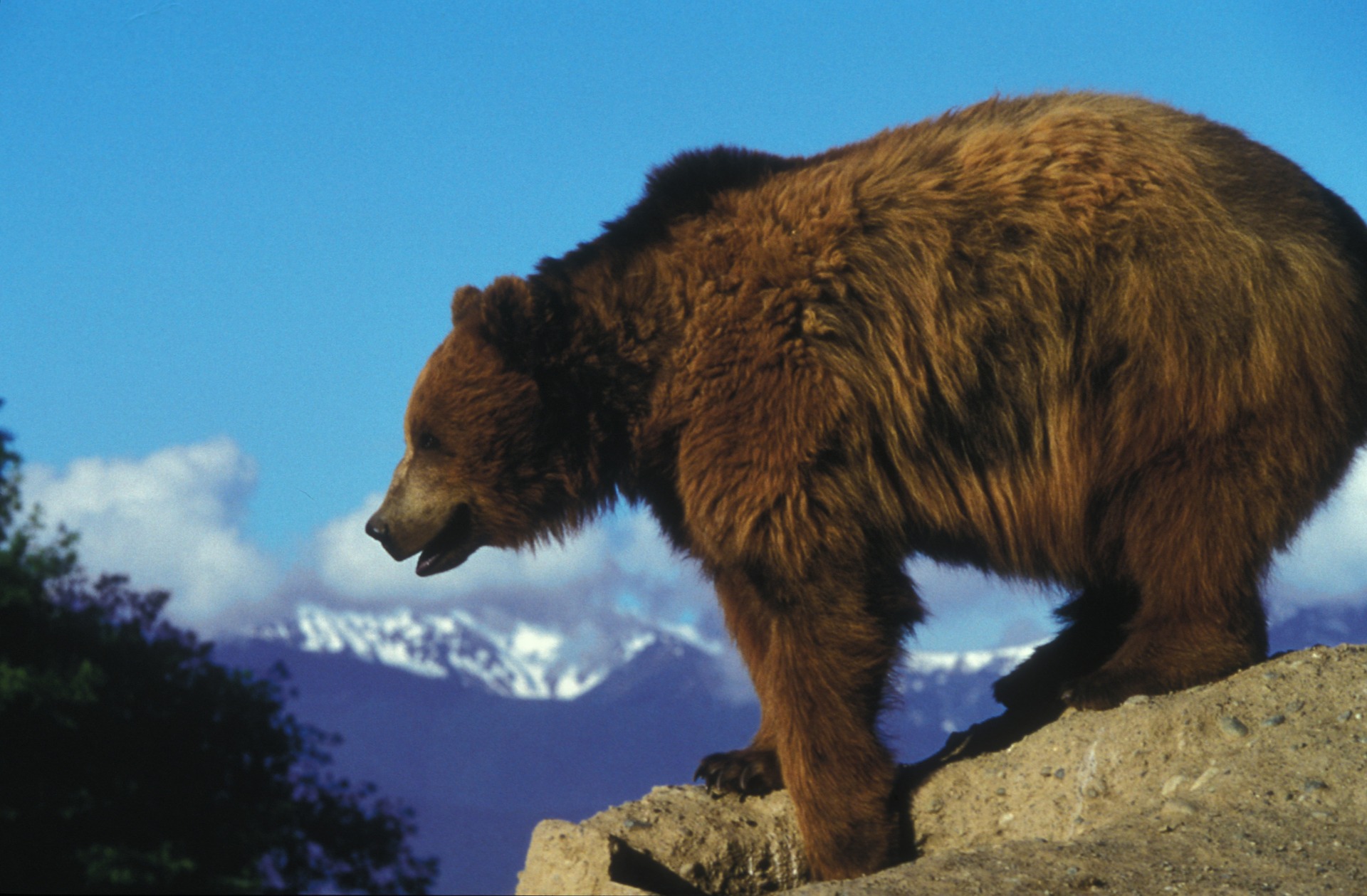 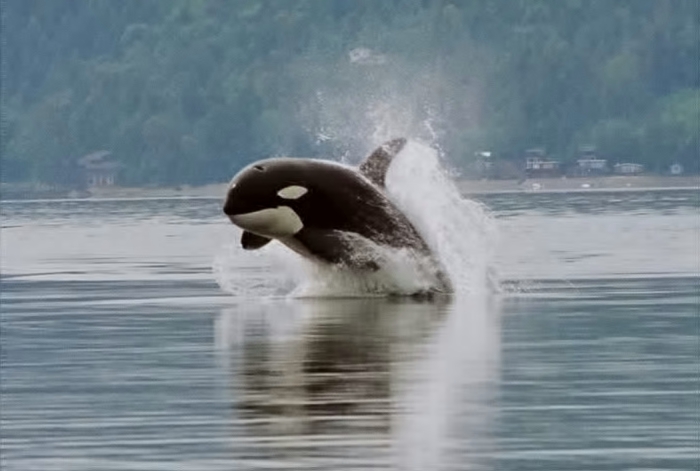 According to the BC Government, there are about 15,000 Grizzly bears in British Columbia3—which is about 25% of all Grizzlies remaining in North America

• Biologists have identified 56 different population units as you can see in this map. 9 are considered threatened and 4 have been extirpated. Overall, Grizzly bears are a blue-listed species in BC, which means they are considered vulnerable and of special concern. 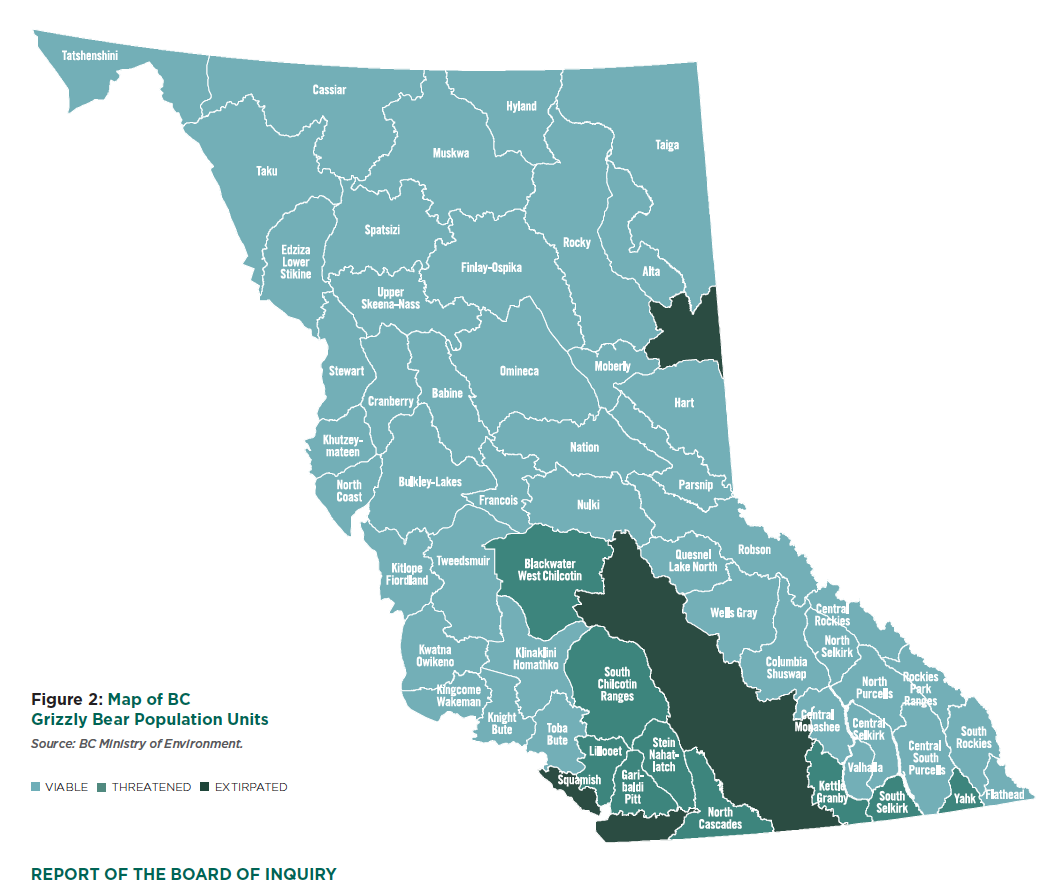 Grizzly bears help to maintain healthy ecosystems by distributing salmon nutrients into forests and by transporting plant seeds through their feces.

They are an important part of First Nations culture and bear viewing and hunting are important for B.C.’s tourism and recreation sectors.

Did you know that Grizzly bears once dominated most of North America? In the last 2 centuries though, they have been extirpated from most of their range in Canada and the USA as you can see on this map. 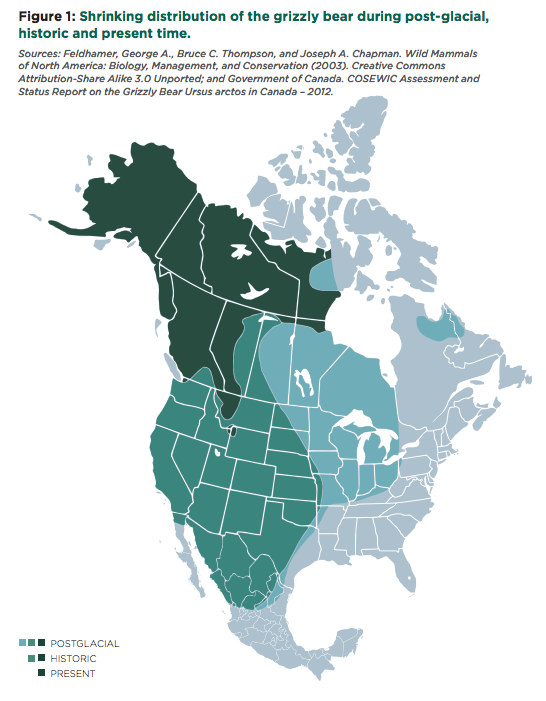 The cumulative effects of human development are the greatest threat to Grizzly bears and includes things like: 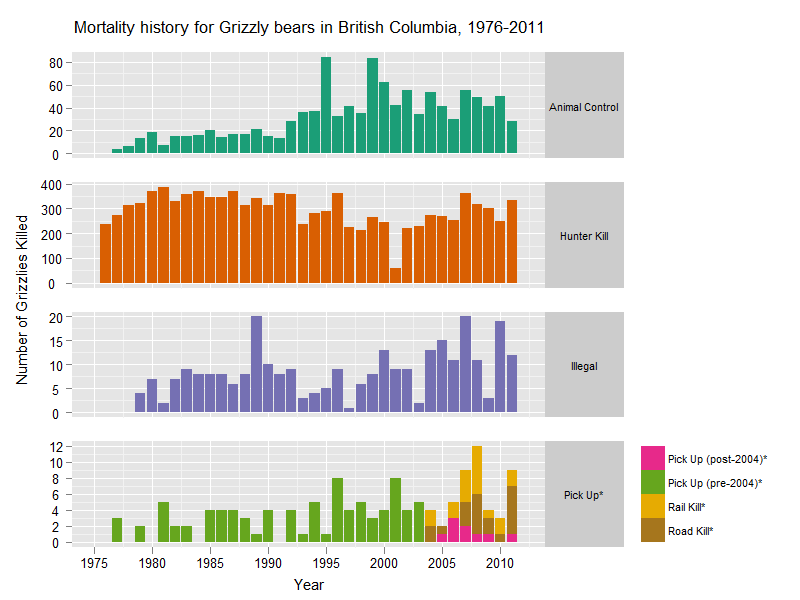 Killer Whales have always lived in the ocean waters off BC’s coast.

Did you know that Killer whales are members of the dolphin family? They live in family groups called pods and all members care for the calves.

Killer Whales are big! They grow to be 9 metres long and weigh up to 5 tonnes. Behind the dorsal fin is a grey area called a saddle patch. The shape of the dorsal fin and saddle patch are like a fingerprint and are unique to each killer whale.

Killer whales talk to each other through whistles, squeaks and whines and they can recognize their own pods easily from several kilometers away.

BC’s southern population has been declining. Some of the reasons for this include water pollution, collisions with boats and exposure to oil spills. A recovery strategy has been developed to reduce these threats and protect Killer Whales. 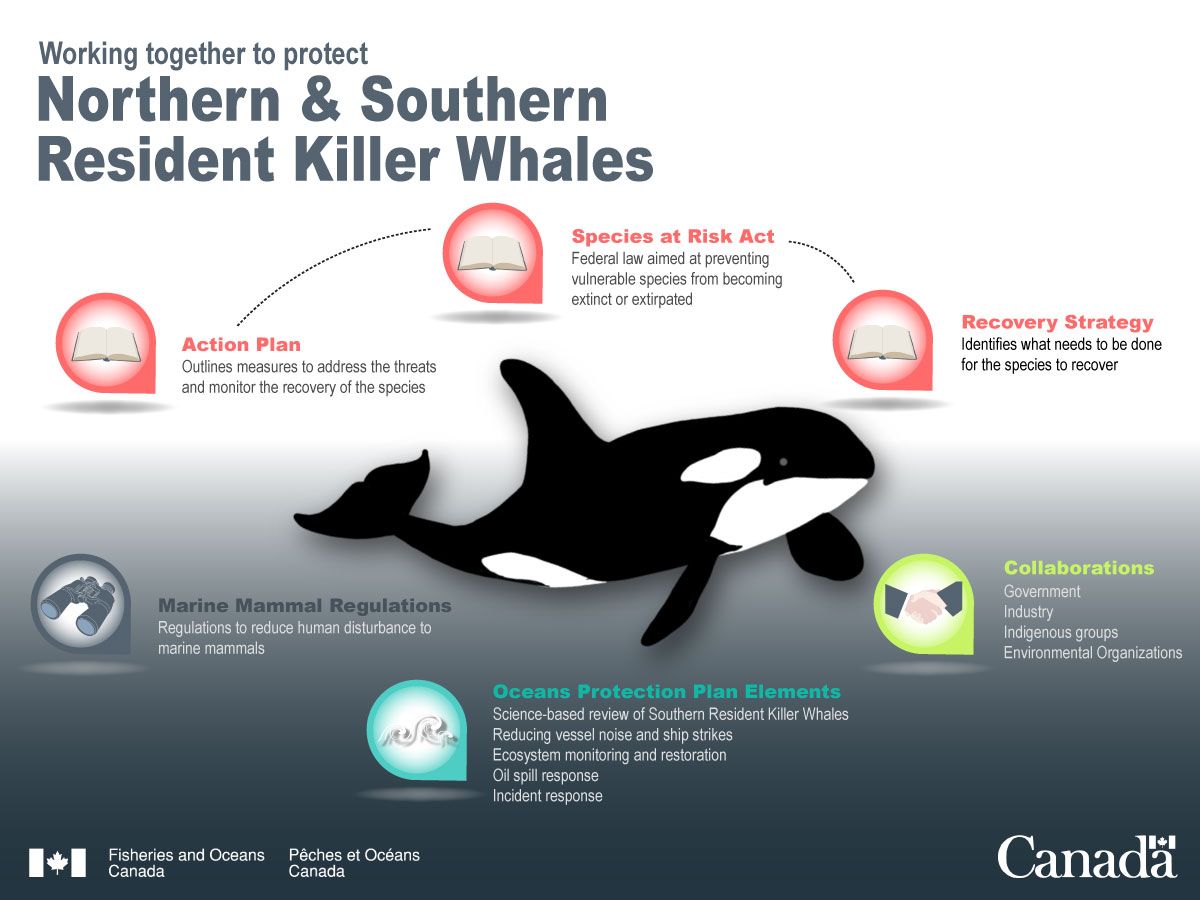 Land and marine use affects the quality and availability of habitat for mammals such as Grizzly Bears and Killer Whales.

Use BC Tomorrow to see what has happened to these species habitat in the past, and what the effects land and marine uses may have on their habitat in the future.